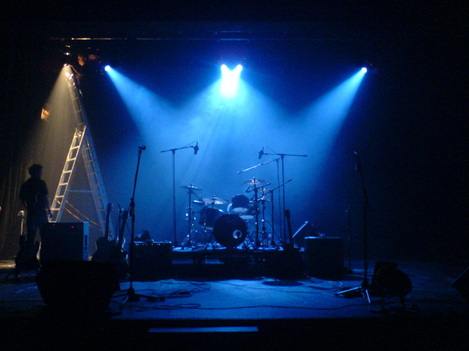 About The Blue Renegades

The Renegades play a special blend of Rock, Britpop & Funk - from the 1960's classics, right up to the chart music of the present day. Their ever-expanding play list is filled with energetic sing-a-long classics from legends such as The Kinks and The Beatles also includes more up-to-date material from British pop legends such as Blur, Oasis, Robbie Williams and the Kaiser Chiefs - all certain to get you and your guests on the dance floor giving you a night to remember.

Originally formed in 1994, the Renegades have built a reputation as one of the most authentic sounding Britpop bands around. All members are classically trained, sharing almost 100 years of musical experience - gained through many hundreds of live performances.

The Renegades are ably fronted by Darren Spragg and Colin Clayson. Darren is an amazingly versatile singer who is equally at home singing Britpop classics, and can also be found swinging with the Blue Train Big Band. Colin is also the larger than life front man & guitarist for ledgendary local band Slim 47.

For larger events, the Renegades can add a full brass section and a Keyboard player to form the Blue Train Soul / Motown tribute band, and also the Blue Train Big Band - expanding their playlist to include swing / big band & Rat Pack classics.

Why pay separately for a band and disco? The Renegades provide entertainment for your entire event - saving you time, money and valuable space.

Why not make your first dance that more special - The band has a catalogue of suitable songs that can help to make that special moment even more memorable, they can even learn and perform your own song choice!!